Free Shipping on orders over $35

Isidro is the father of four sons: Walter, Wilmer Enrique, Jimmy Adolfo, baby Milton Rodrigo. His wife is Oneida Suyapa Romero. As is the tradition in this region, he plans to give each son a piece of land to work for themselves. He already has plans to give his oldest sons their inheritance. He Says: "To the children you must always give a little piece of the farm. I plan to give my oldest sons their pieces very soon. Even from a very young age they can learn to work the land."

Isidro Lara has been coffee farming for nearly 15 years. He inherited 1.5 manzanas from his father and from the profits from this farm he was able to purchase 10 more manzanas of land. A small part of the farm is open field. All 10 manzanas of farm are certified Rainforest Alliance and Biolatina Ecologica (Organic).

Isidro has two separate parcels of farm. The larger parcel of farm is located in the neighborhood of Azaharillo, Las Capucas. This farm is home to a number of tree species including: pine, con, tontolos, and guama for coffee shade. To diversify his income, Isidro has also planted this farm with a number of hardwood species including: gravillea, cedro, mahogany, and cedro de la India. Birds and animals that frequent the farm include: doves, chorchas, chequeques, woodpeckers, gravilon, martin pescador, tacuacin, cusuco, squirrels, tacuacin de agua, deer and rabbit. The coffee varieties planted here are caturra and catuaii.  The smaller parcel of farm, El Manguito, is planted with the coffee variety catuaii. Isidro describes both parcels as having very fertile soils. To work the farm Isidro just uses a machete, a pando and lots of manual labor.

This may not have the &quot;Wow!&quot; factor of some of the other roasts from Chocolate Fish, but I can always count on this coffee to be delicious every time. I&#039;ve been drinking it for the past four years. I try the other coffees here and there (some rated very highly), but I always buy some El Tontolo Manguito - Honduras as a mainstay. I was very pleased to see that it was rated well by Coffee Review - it was about time! 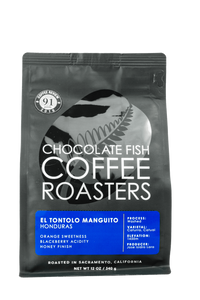 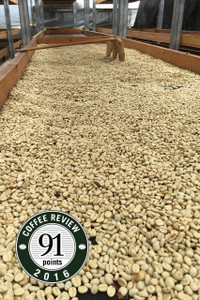 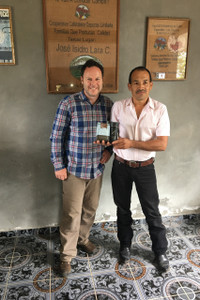 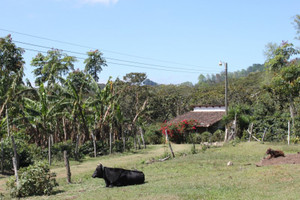 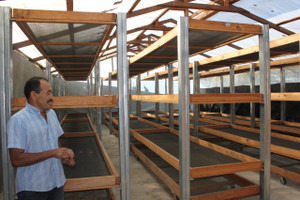 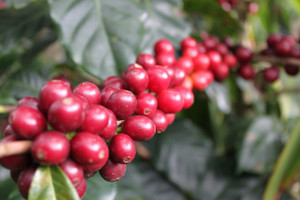 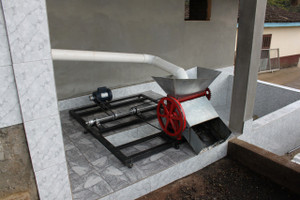 Sign up for our newsletter
Receive special discounts, offers, and news